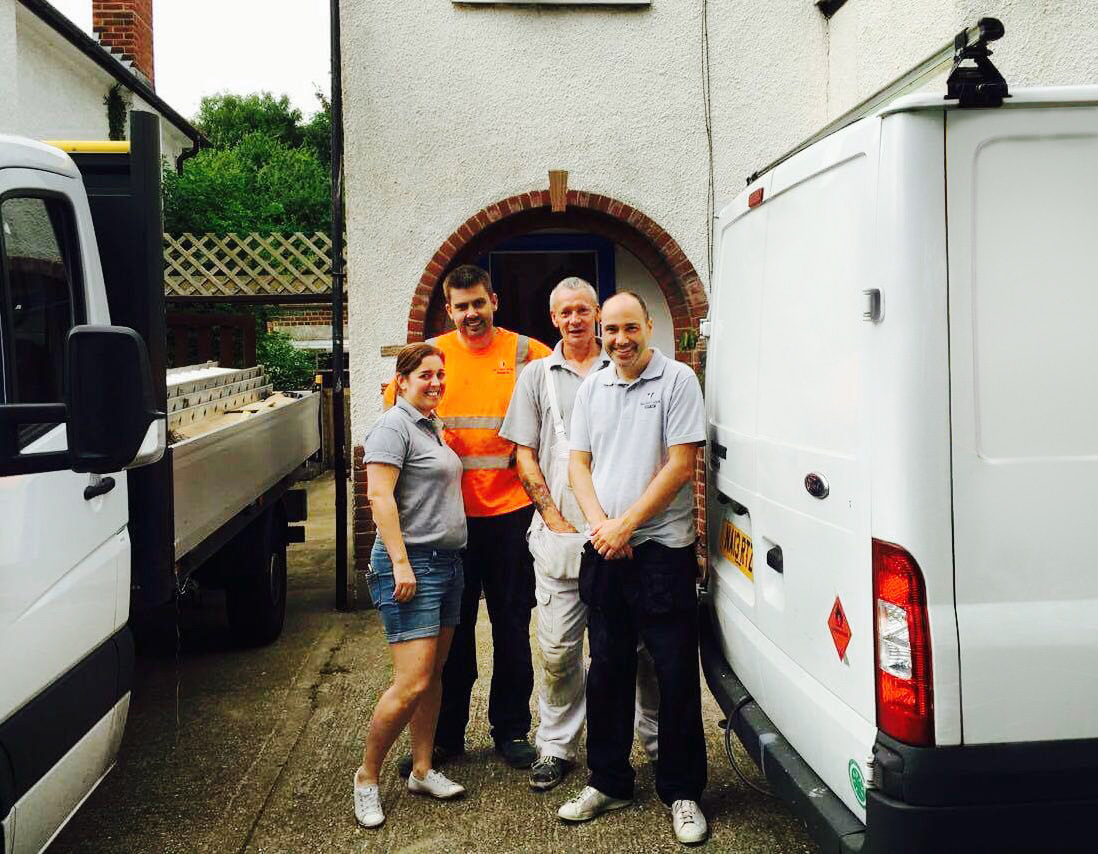 In July 2016, both staff and trade employees of Fortem completed a week long community project in partnership with New Hope and our nominated charity, Herts Young Homeless (HYH).

New Hope is a Christian based caring organisation that exists to serve individuals who are homeless or vulnerably-housed. They provide accommodation and opportunities to allow service users to transform their lives regardless of faith, class, disability, ethnicity, gender and sexual orientation. New Hope’s mission and ultimate strapline is "Preventing homelessness, transforming lives."

Our long standing relationship with Herts Young Homeless, a Hertfordshire based independent charity that supports vulnerable people throughout the county, allowed us to undertake the project which involved the renovation of a "Dry House" in Watford.

A "Dry House" is the accommodation that is run by New Hope for Herts Young Homeless users who are recovering from drug or alcohol addiction and are homeless. The service users receive the required support and have access to various classes such as basic building, music, cooking and poetry that are held in the property and on the land behind the house which was kindly granted to the organisation by the local council. 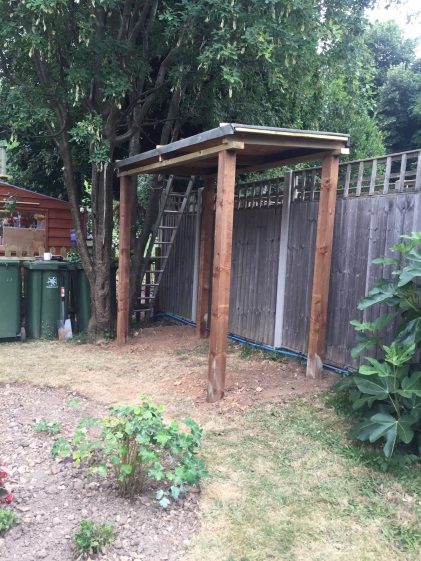 A total of 17 Fortem employees from 4 branches supported the project across the week which included renovating the downstairs hallway, stairs, landing and lounge with new paint and flooring. The volunteers also built a new shelter in the garden for the service users who have since decided to grow plants around and over it.

The week was also made a success with the donation of materials by Buildbase in Welwyn via Graftons and the help from both New Hope and the Herts Young Homeless service users who were heavily involved in the renovation project. New Hope also supplied lunch for everyone involved and all of the food they received had been donated by large supermarkets and online food companies. 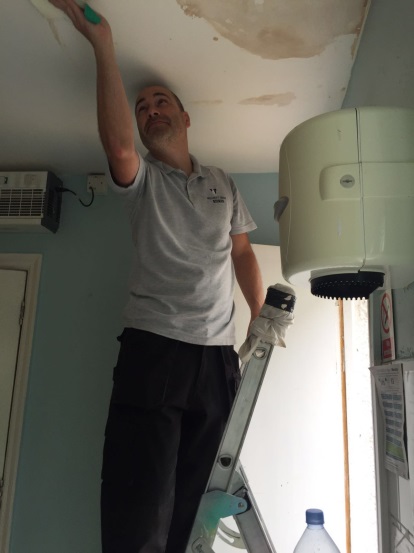 Contrary to the overall outcome, the project wasn’t all smooth sailing. Whilst doing an odd job to screw down a floorboard that the house had asked for which was separate to the work we had scoped, we hit a pipe which created a leak running through the downstairs hallway. Luckily, the team at our Metworks branch were on hand and sent over a Plumber to help fix the leak and the following day, members of the Central team prepped and repaired the damaged ceiling.

One other challenge the team faced was that some of the flooring hadn’t been delivered to the address in time for the work to be completed. Colin McAuliffe, who was a new employee at the time, was extremely professional and through several phone calls with the Metworks branch, managed to arrange the support and find the materials needed to allow the renovation to progress.

We undertook this project to help and support the charities involved who do so much work for the homeless and vulnerable in Hertfordshire and the hard work from all involved has allowed them to use a further bedroom in the "Dry House". This will help them with more funding so they can at least break even and continue the great work they do.

The project was a massive success and some positive words from those involved are below.

Emma Lee, Senior HR Administrator, who organised the community project with New Hope and HYH said: "The project for New Hope and the Herts Young Homeless Users was a great success. It was such an achievement and had a great feeling of coming together and helping each other as well as helping those at the house. There were only a couple of minor challenges throughout the week but the professionalism of everyone pulling together was amazing, and I know from the stories from those of you who helped out, and the team at New Hope it was a really enjoyable experience."

The manager at the house, Annette, also shared some words with all who gave their time and contributed to the project. She said: "Just a quick email to thank you and Fortem for the recent renovations in the house, the impact this has had on the environment and service users has been amazing. The tradesman who came did an amazing job and the service users really enjoyed having them around. I think our biggest surprise was the impact on your staff in being in the house too."

The impact that this has had on all involved has been extremely positive and we will be looking to continue this relationship with both New Hope and HYH to undertake more projects in the future.